The Espace F1 is a prototype created by Renault andMatra. It is presented at the Paris Motor Show in1994 to commemorate the 10-years anniversary of theRenault Espace. It has the general shape of the Espace II. The body of the Espace F1 is made of carbon fiber and the chassis is in carbon with a cellular aluminumstructure. Four ventilated carbon break disks operate the braking of the 1300 Kg heavy car. The dashboard is a carbon-fiber replica of the road car’s dashboard. The Espace F1 owes its name to the same engine that fitted the Williams FW15C that ran in Formula in 1993. The bucket seats look like the Formula 1 seats such asMichelin tyres. 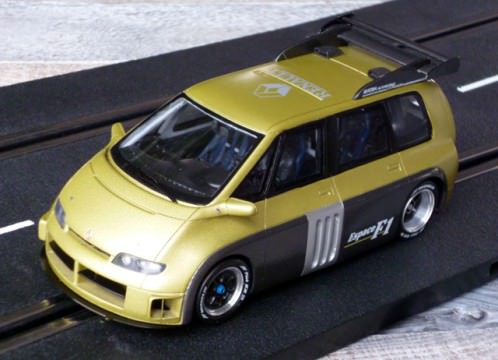 The bottom and the doors of the cars are carbon row on the¾of their high and strongly contrast with themetal yellow with pearly green of the body.Ahugewing overhangs the roof.
Only two examples have been built. The one we chose to reproduce opened the Formula 1 GP of France in Magnicours in1995. The front air intakes are bigger than on the second one and the safety locks are obvious on the front hood.

The driver whomwe chose to put at the steering wheel is Gérard Ducarouge. French engineer specialized in the motor sport he marked the Formula 1. He begins his career at Matra Sport in
1972 then joins Ligier andAlfa Roméo and then Lotus in 1983 to come back atMatra, where he begins the development program of the Espace F1. 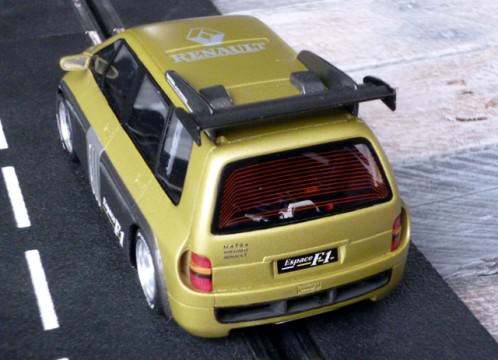 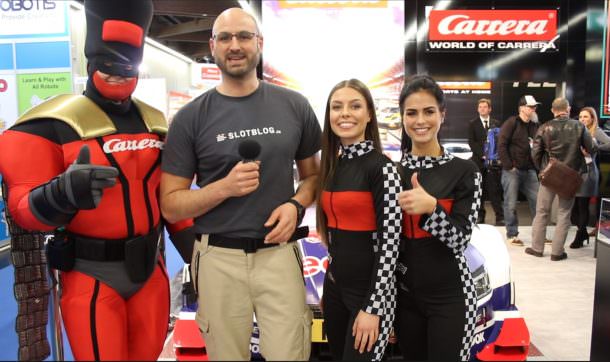